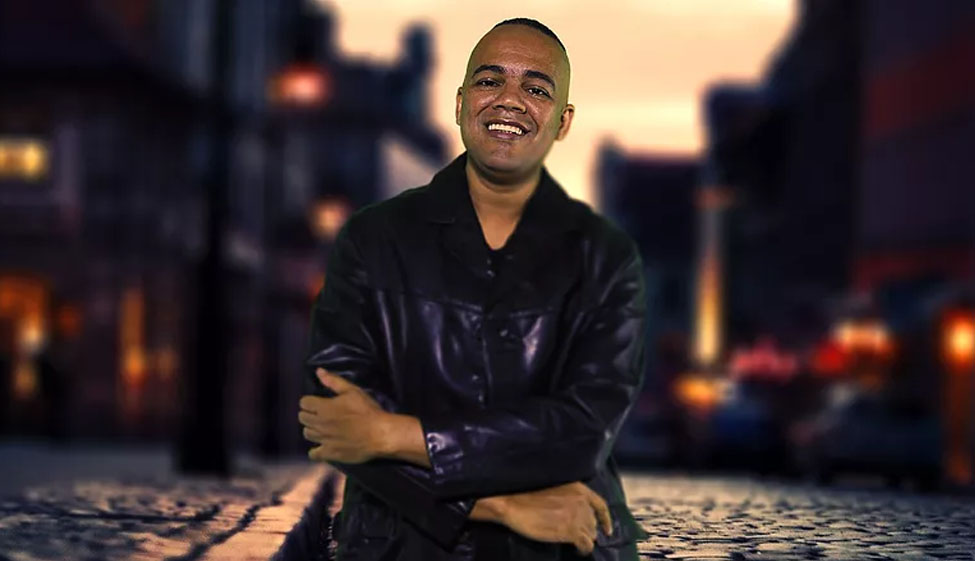 The story of a young boy who came from a place where dreams don't always come true. A youngster who travelled around South Africa getting from gig to gig using public transport until he fulfilled a mission to purchase his own vehicle, which took him to places that no-one believed he would go.

Welcome to the journey of The GrooveMaster.

My big break came when Coca-Cola hosted a show called Coca-Cola Pop Stars and the executive producer of the winning group gave me an opportunity to produce 2 songs for a group that later became known as Jamali. I was fortunate that their album went platinum in SA, which is 50 000 units which made them the most successful Popstars ever in South Africa. These ladies later became very good friends of mine and we still work together constantly. The confidence in my production proved my ability to create hits and I was given songs by Kabelo from Tk zee fame, Dr Victor, TK aka the Black Butterfly, Glen Lewis (Metro FM) and Denim. Chris Ghelakis, executive producer and CEO of Electromode Music, offered me a recording contract to "release' my own CD - which was later self-titled DJ Jazzy D - Another story. The CD was a huge hit throughout the country and featured 4 songs that hit the playlist on top radio stations throughout the country. One song in particular "Lady Soul" became the biggest cross over song in SA history, making no.1 on 30 radio stations and also becoming the 1st local song to make the no.1 spot on 94.7’s Take 40 Chart since the inception of the radio station. I started becoming a household name and travelled throughout the country and later visited countries like Swaziland, Botswana, Dubai, Namibia, Zambia, playing at VIP venues. Every club in the country wanted a piece of DJ Jazzy D as I was reeling in my success for all the hard work, I woke up each weekend in a different city and spent most of my Sundays at airports.

I purchased a book which played a major role in inspiring me , this book taught me How to behave and How to live - Yeah I know it sounds funny but trust me guys this was a life changer - The next day I started doing online research and started offering my music production services to international clients, they started paying me as little as $5 dollars per job which took me about 20min to complete that was like R150 per hour, I had done this for few months where I got paid in U.S Dollars. I became Jazzy D again and I had a different outlook on life, it was like I got reset, I didn’t have any hate over anything, I only understood love. I found that everything that I was doing I applied God to the formula and the wonders it has done for me is something I would not trade for the world. Few months went by I started getting more work and became stable again, then Jacaranda FM came around and offered me a weekend spot. If there is something I love with all my heart, it is to entertain people and Jacaranda FM believed in me and added more fire to my brand. They played a major role with the upliftment and joy in my heart.

My name is DJ Jazzy D and I have given my heart to GOD.

THE LIFESTORY OF DJ JAZZY D

I, too, faced the difficulties of growing up as a youth being tempted by the forbidden: drugs, alcohol, smoking and generally trying to hustle every day to make an extra buck, however, I had my eye on a goal and that was to make a success one day. I also did not understand how "school" was going to help me achieve my goal - after all, a good education was not going to help me become a better DJ. I was forced to stay in school by my parents and today I can say that it was the best decision that was made for me. You always need an education to fall back on no matter what career path you have in mind. Many of you will not agree with me but this will only become a reality once you are older.